A spot standing out on the island is the Monastery of Prophet Elias perched on the island’s highest point (567m). The monastery was built in the early 18th century and currently four monks live there. A small museum with folklore and sacred relics also operates here. The view from the monastery is just outstanding.
After visiting the monastery drive down to Pyrgos. The village is dotted with beautiful churches, inside and outside the medieval castle. Visit the Church of Koimisi tis Theotokou (Assumption) in the castle, Theotokaki (one of the oldest churches on the island) and Aghia Triada (the Holy Trinity, where there is an exhibition of icons and relics).
Then head to Kamari and turn right towards the Church of Panagia Episkopi, the most important Byzantine monument of Santorini. 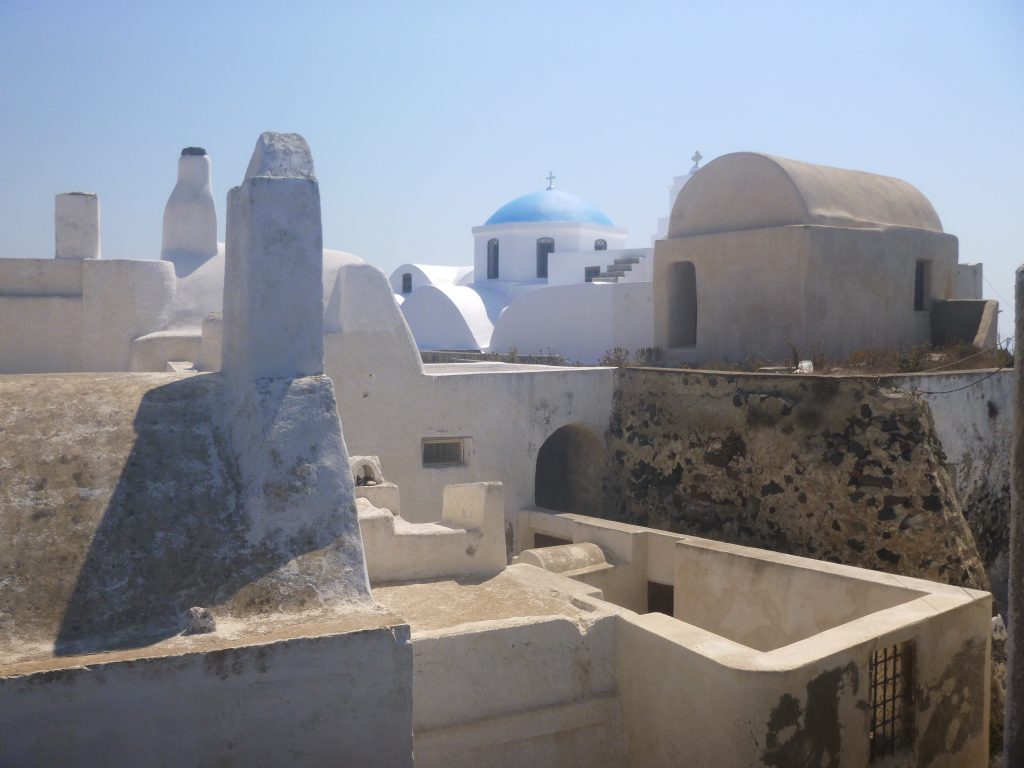 There are hundreds of restaurants on the island that can satisfy all tastes. Greek traditional food, Chinese and Thai cuisine, gourmet plates, just about everything. You can even enroll to classes and learn how to cook the Greek way! Surely gyros is great, but do try to make the best of the plethora of plates that the island is offering. There is no account for taste, but just remember that there are many hidden gems that may not be at the caldera or have fancy food, but have great atmosphere, true Greek traditional food and reasonable prices. Any local as well as your hotel reception could testify to that! 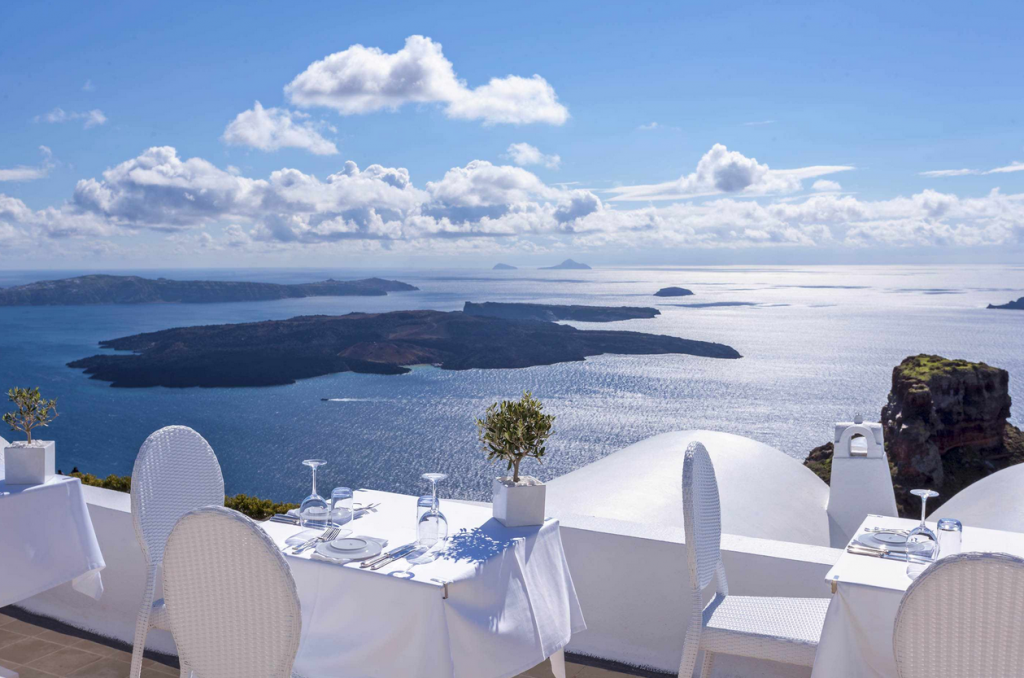 The Boxing Children Fresco found in Akrotiri is among the earliest examples of sport represented in ancient art, dating back to the Late Bronze Age, or the time of Minoan settlement in Akrotiri. What makes this fresco such an important example is that it’s believed to be the first where the boxers wore gloves.

The fresco is 2.75m high and 0.94m wide and it can be admired in the National Archaeological Museum in Athens.

The traditional settlements of Santorini can be divided into three categories.

The linear ones are built on the rim of the caldera, like Fira.

The citadels, such as Pyrgos and Emporeio, which were built around a castle. Finally, the dug-in settlements, like Vothonas and Karterados, which are dug into the pumice. 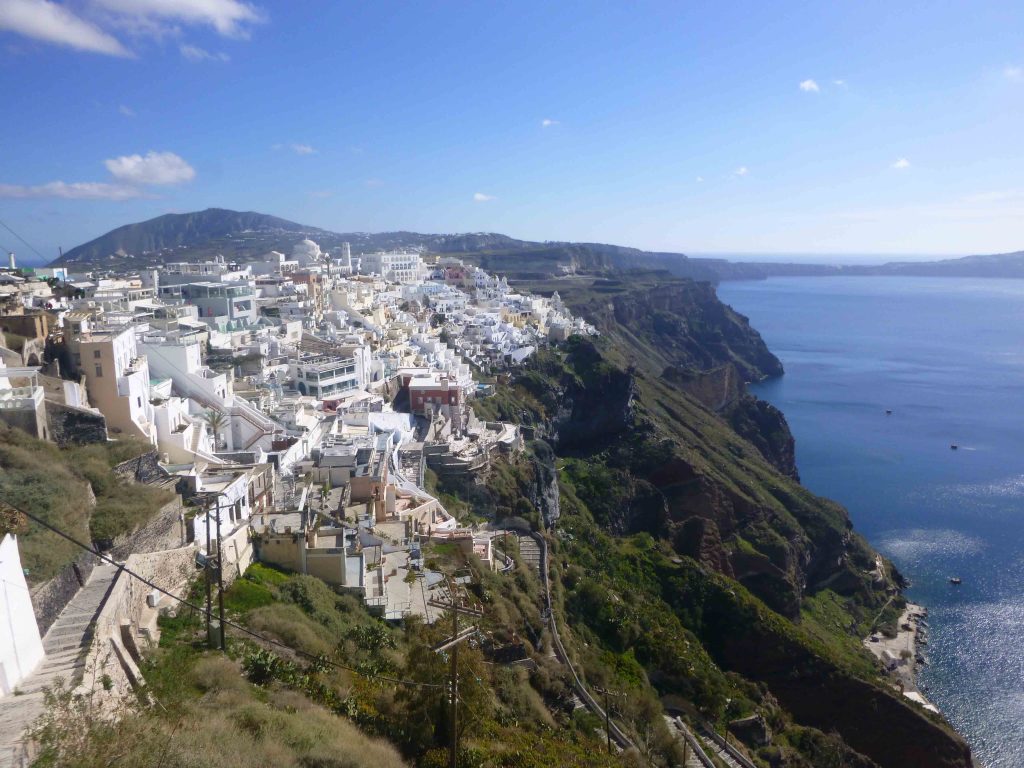 It seems that good weather is over and the next few days will be cloudy and rainy. Hurricane “Orestis” is in Greece and also affects Santorini bringing rain and low temperature. Do not worry, however, because the rain lasts a little in the Cyclades!

If you head to the beach and are determined to swim, then your best choice is Vlychada. Alternatively, you can walk along Perissa and Kamari beaches and admire the great waves!