Throughout the centuries, Santorini has changed many names apart from shapes!

In the beginning, in around 3,000 BC it was called Stroggyli (=round) because of its round shape before the Minoan eruption. Afterwards, it was called “Kallisti” by the Phoenicians, which means the most beautiful. After the eruption, the island was uninhabited for 5 centuries, until the Spartans colonized the island and named it after their King Thiras. Thera is the official name even nowadays.

During the Middle Ages, after the Venetians conquered the island, it was called “Santa Irini”, which later became Santorini. 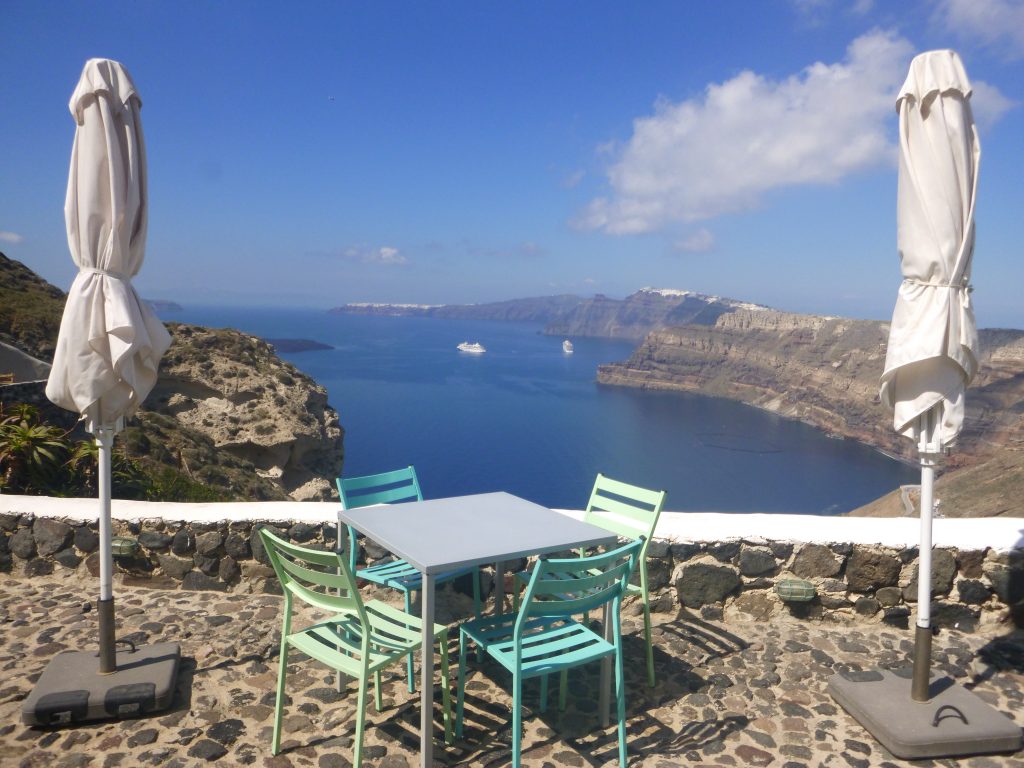 … Preparations for the national celebration of October 28th

You may have noticed these days a few Greek flags making their appearance in homes, buildings and roads. Across the country, preparations are taking place for the National Day with wreaths at heroes monuments, parades and dances.

On October 28, 1940 Greece replied “OXI” (meaning no and pronounced “ohi”) to the fascist ultimatum from Italy of Mussolini and Hitler. Italy responded by declaring war and attacking on the Albanian border while Greece defended with unity and militancy.

In Santorini students will be paying their respect by offering wreaths at the monument of “Ieros Lohos” in Fira. The student parades will take place in the capital of the island and the villages tomorrow.

A week before the start of the official basketball team’s games, sports fans can watch an All Star Game in Santorini, dedicated to Steve Fotinelis, a person who loved basketball and supported youngsters keen on it. The best players of the local teams are here to offer an exciting game to the numerous fans who are looking forward to it. A charity event will also take place as food items and games will be collected for the Syros Minor Children Institution, so that children can feel safe in a cozy and warm environment.
The basketball game will take place tonight at 18:30 at DAPPOS Sports Center in Karterados. Have fun! 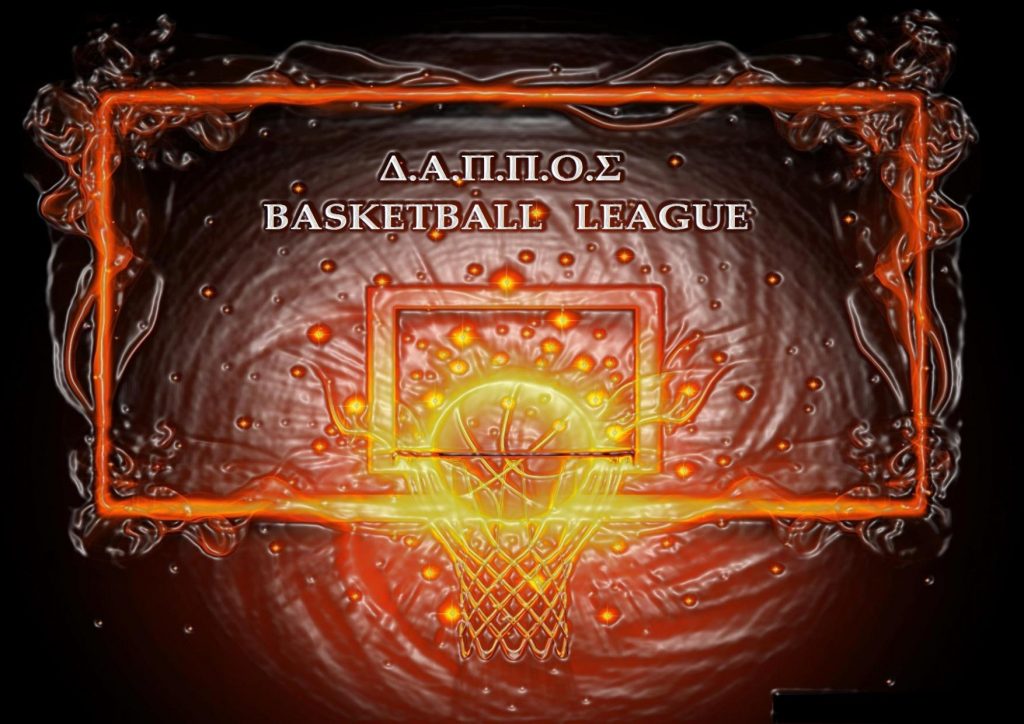 It may sound strange, but it seems that spring and autumn sunsets are often more beautiful than summer! Yesterday’s sunset proves it: amazing colors, the sun sinking into the sea, colorful clouds. The view rewards all of you who have chosen this month for your holidays, as almost every sunset is incredible these days! 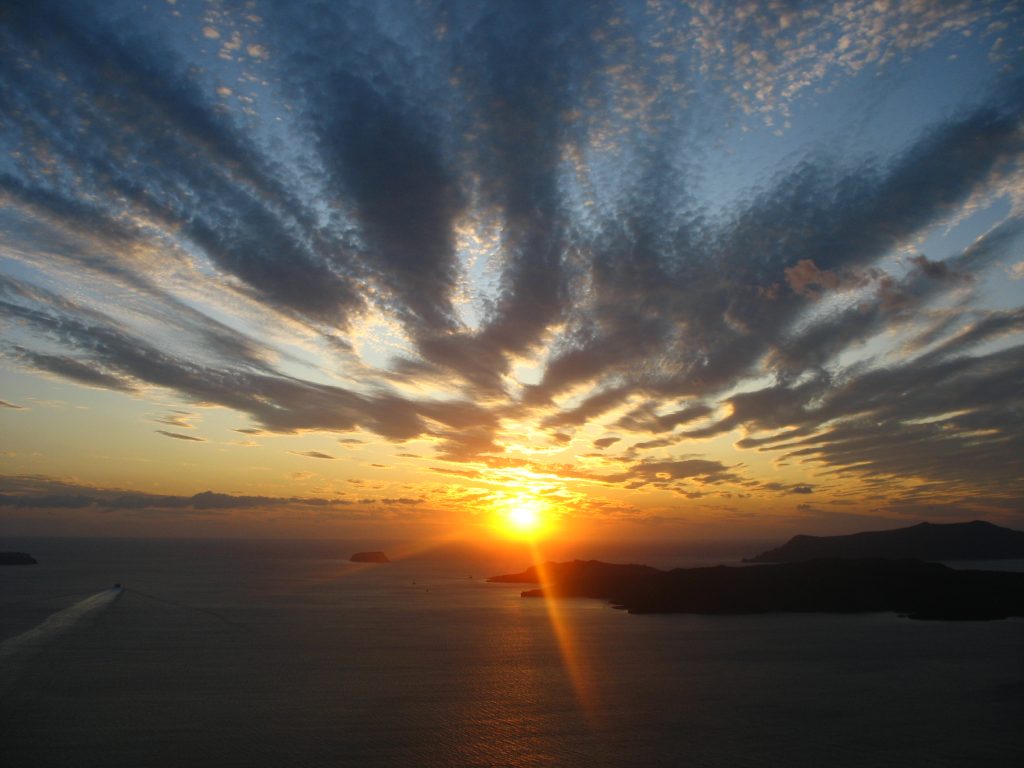 The beautiful day gives us the opportunity to shut your eyes and pick any beach on the island.

Vlychada: Quiet and seductive, it is waiting to charm you

Ammoudi: If you plan to visit the northern side of the island, combine your walk with a swim in almost private Ammoudi.

Caldera beach: One of the few beaches inside the caldera, also ideal for scuba diving.